For me and my companion, Da Lat contains an unforgettable memory, because the two of us are wandering around in our own sad past stories, some of which are associated with this city. Then we decide to "habit cures habit", we chose Da Lat for our first trip, looking at Da Lat together, from the cherry blossoms at the end of the season to the clouds at Da Lat Bridge. It’s really different!!

1/ Cherry blossoms at the end of season

During the 4 years of university, I have missed countless plans to see cherry blossoms in Da Lat. So cherry blossom for me is still what makes me sobbing and I really want to see it once. Fortunately, this year at the last minute, there was a friend who took the pain to get me on a motorbike up here, to catch up with the remaining flowers.

The second half of February is when the cherry blossoms no longer bloom, but gradually new leaves begin to change. To see the flowers during this period, there is only one place around Tuyen Lam Lake, because flowers here usually bloom later than the others in the city center such as around Xuan Huong Lake, Tran Hung Dao or Le Dai Hanh streets.

Along Tuyen Lam Lake, you will easily see cherry blossom gardens, I call it “the garden” because there are really many trees. But these gardens are usually located next to the lake, so you guys need to park on the road and walk down.

I've been to Da Lat twice, but until this time (the 3rd time), I got chance to come here, simply because this time I just got a friend who did not care about difficulties, sent the car with me then climbed a fairly long slope. Well, I also have a little notice about choosing the way to climb, when you get to the hill you will see a very crowded parking area, you should skip this place, running a little more, you will see a road - another way to get on, you just leave your car on the side of the road wherever you want, the way here is easier because it's quieter, and the scene is prettier. Many people choose Thien Phuc Duc hill as the place to see the dawn and hunt clouds in the early morning, but I choose a late afternoon to see the sunset and the city as well as the greenhouses on the lights. Such a beautiful moments!!

The hill has long been famous for its lonely lean pine tree, but instead of lining up to take a picture here, you can take a few moments at other alone trees. If you choose to go in the late afternoon, do not forget to wear warm clothes!

The next morning, We promised each other that we would get up early to catch the sunrise of Da Lat, set alarms from 4:00 to 4:30, but in the end, we still could not get up on time. At 5:30, when we opened our eyes, we saw that the sun had gone away, but we still ran quickly up the Cau Dat green tea hill

There was not much hope on the way, because at that time it was quite late, but suddenly the valley of clouds appeared, We screamed uncontrollably!! I've been hunting clouds a few times and catching dawn in the northwestern mountains, but the clouds in Dalat really make me flustered, gentle and poetic, unable to describe in words. We continued to follow the clouds to reach the intended hunting clouds location, at this time the sun was also high but still trembling, the cloud covered the whole road, It was really cold!

That day I finished everything, being at Wooden Bridge was also nearly 7:30 so the sun was very high, the clouds were not much and beautiful anymore, you guys should go earlier, around 6 o'clock here is good.

The way of "hunting clouds" is difficult

Our cloud hunting place this time is called Wooden Bridge, in the Cau Dat Farm area. Currently, it is very difficult to get in here, so I will talk a little bit about the method, and about the way, you can find it on Google Map

Because there was a land dispute in this place, it was impossible to enter directly, when you reached this section, there would be women standing by the road and said that if you run straight into the gate, you will be kicked out by the security guards. Then ask if you contacted stranger A or  B yet, if you answer that you haven't contacted anyone yet, they will point you to the right, and say that the cloud hunting site is now moved to that entrance, Wooden Bridge cannot be accessed.

I thought it was true that day, so I ran into the right entrance a long way and was difficult to go, I would be charged 50,000 VND to cross the entrance, but I also counted in but met a few guests from there ran out and advised that we should not go in, because there was nothing inside, there was just a patch of grass, so I ran back to where the last women standing

I was really blocked out when I ran into the main gate of the Wooden Bridge, but I saw two female coming out from there, so I asked how to enter. So those two friends took me to a nearby house to park the car, someone led me in. Actually, if you want to go to Wooden Bridge, there will be a detour in the back that only local people know.

I followed a women there, the path was a bit difficult, I had to walk on the hills and red soil, but the scenery on both sides was very romantic with flowers stretching on the side of the road, clouds pouring down the whole valley. The cost per person for the guide is 50,000 VND, but if you want to take pictures at the bungalow, it will cost another 50,000 VND This place is not known by many people at present, so you guys are spoiled for it, watching the clouds and watching the sky, taking pictures without having to wait. So you guys take advantage of it!

2/ The are many beautiful coffee shops

Dalat is much sunny this season, although it's not hot, but at noon if you run on the street, you will easily feel frustrated and uncomfortable, so the best choice for the period from 1 hour to 3 hours is sipping and "virtual living" in some pretty cafes.

Because my friend want to go to Still Cafe to call "go to know", so I decided to follow. I arrived at about 2 o'clock but it was full of people, so crowded!  But it's really pretty with a small wooden house, three antique retro-style tables and chairs or a bakery with a lovely name "Totto chan", restaurant "Cho Mieu" ....

But because the restaurant is quite crowded, if you want to find somewhere quiet enough to sip a cup of coffee, listen to a little melodious music, I think Still Cafe is not very suitable. Instead, I choose to buy a cake at Totto chan, sit for a while then go to the next coffee shop called The Rice House to rest.

The next shop I choose on this trip is Tui Mo To Cafe, and I really like the style as well as the space and atmosphere here. From the moment you enter the gate, you will immediately feel the peace with the white-lidded chrysanthemum garden covering the walkway, below are the greenhouses, you can also see Lang Biang and Hon Bo peak , even though it was noon, it was still cool. A special feature of Tui Mo To is that the house is covered with transparent glass, so that you can see the clouds and look at the sky.

In the end, our trip ended with 9 hours talking about new journeys together while driving from Dalat to Saigon. We, now no longer talk about the past sad stories, because maybe Da Lat accidentally saved a little, so that we no longer have to bother thinking too much. Thank you Da Lat, see you - on a good day.

My Son Sanctuary is an important archaeological site, with many ancient Hindu temples hidden among the jungle, recognized by UNESCO as a World Heritage Site. Slow living among the old houses in Hanoi

Backpacking Vietnam is in the top of classic for summer

Backpacking in some Southeast Asian countries, including Vietnam, is included in the list of classic experiences for this summer. For many foodies, visiting a Michelin-starred restaurant is not only a highlight of their trip; it’s often the primary reason to travel in the first place. 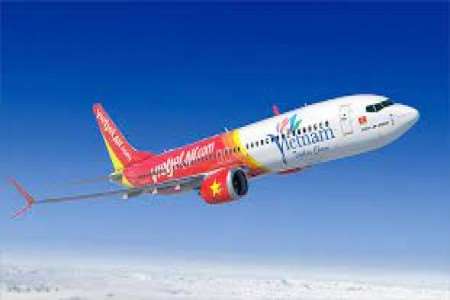 According to Yellow Balloon, the number of Koreans booking rooms in Da Nang, Vietnam in June 2022 has increased to 3,000% compared to the previous month.